You are here: Home / blog / On Waiting 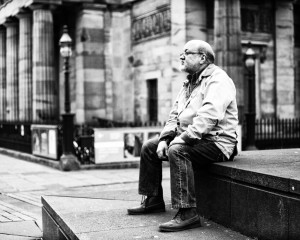 Waiting just pretty much sucks, I don’t care who you are. Over all, as I see it, there are three kinds of waiting:

1. Waiting for a good thing

2. Waiting for a bad thing

3. Mixed waiting for an event that could be good or bad 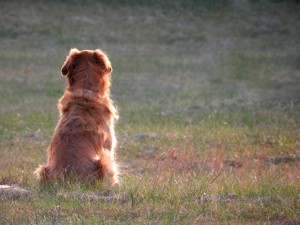 You’d think waiting for a good thing would be, well, good. It’s not. While I’ll admit there’s something to be said for that buzz of happy anticipation, waiting gets old pretty fast. Think about it. Waiting in line for your favorite ride at an amusement park. Waiting for the patrons in front of you at the coffee shop to get over themselves with that half-caf-mocha-non-dairy-vanilla-whipped-blended-skinny monstrosity so you can get your hands on a much needed cup of coffee. Waiting in traffic on your way to a movie or a concert. Ticking off the months before a wedding, a new baby, moving into a brand new house. All well and good unless it stretches out too long. Can you imagine if you had to be pregnant for, say, 14 months instead of 9? Saints preserve us all.

Waiting for a bad thing should be it’s own circle of hell. Dante forgot to include it, for some reason. Maybe because he thought it would be too terrifying for his readers. 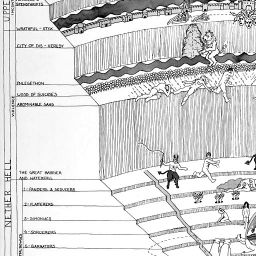 When you’re waiting for a bad thing, time plays tricks. It moves faster AND slower at the same time. This is pretty much impossible by any laws of physics or whatever, but time doesn’t care about laws. Usually, if you’re waiting for punishment or bad news – a spanking or a jail sentence or what have you – there comes a point where you realize it would just be better for all parties to get to the bad thing and end the waiting.

But Mixed Waiting is the worst of all. This is the kind of waiting writers experience pretty much every day of their lives. In this situation there’s an anticipated event that might be good or bad and there’s no way of knowing which until the phone rings or the email dings.

It starts with the story sent to your betas or crit partners. Will they tell you they love it or that it totally sucks? Are you looking at a little light revision, a bone deep rewrite, or the advice to throw the whole story in the trashcan and move on? If you survive that ordeal (often repeated multiple times, just so the writing gods can get their fill of your pain and suffering) you move on to the fun of Query Letters.

There’s another circle of hell for querying. In fact, I think there might be a separate hell for writers (fodder for another blog post) with circles composed of querying, rejections, reviews and other elements of the writerly life. Your email inbox becomes a place both hallowed and hated. You check it incessantly (note the YOU language here; I never fall prey to compulsive inbox checking. Uh uh. Not me), hitting refresh every few minutes, maybe even sending email to yourself to make sure it’s still working. But when an email does finally show up from an agent, you can’t just open it up in great glee and rejoicing. Oh no. Because it could very easily say something like:

“Dear Writer – you can’t write your way out of a paper bag. You should absolutely give up on this idea of being a writer and do something else. Sell vacuums door to door, maybe.”

On the other hand, it could be a rave:

“Dear Writer – I haven’t been so moved by a book since I first read To Kill a Mockingbird. You are the writer my agency has been looking for! I will be calling you at any moment to talk about signing you up because YOU ARE AWESOME!!”

So even the opening of the email in order to get the news you’ve been waiting for during the last hundred years is an act of torment.

And then – oh then – supposing the agent does sign you on – you start this cycle all over again at a higher level. Your agent will probably kindly ask you for some revisions. You provide them, and send the manuscript back, then WAIT again to see whether or not you’ve hit the mark.

Don’t even get me started on submissions. Going out on sub is like querying, only with higher stakes. Sure, your agent loves what you’ve written (or at least you tell yourself this fifty times a day and try to believe) but now you’re trying to get to publishers. Which means – back to the waiting. And this time you’re so close you can almost taste the success, which serves to add a little zest and zing to the angst of anticipation. It also adds an extra sting to rejections and an extra fervor to the hope.

If you do get that magical contract with a publisher, then you end up waiting again. For the contract to be signed. For the editor to get back to you with more edits. For the copy editor and the publication date and on and on and on.

This can get crazy making, especially since the waiting tends to be interspersed with frantic deadlines. So how does a writer survive? Do we sit around twiddling our thumbs in between email refreshes, burning out our retinas with a laser focus on our computer screens?

No. We get back to work. We write. That’s the only solution, the only coping mechanism that makes any sense. If you’re querying, that’s a fabulous time to get to work on another project. Waiting for revisions and don’t want to start a new novel? Write a short story or a ton of blog posts or letters to your grandmother if nothing else. She’ll be happy and you’ll still be working on your craft. Do exercises. Start working on back cover copy and blurbs. Write something, anything. Keep your fingers limber and your mind engaged.

Because you’re a writer and writers write. Even while they are waiting.