You are here: Home / blog / Before I Was Evil

Skyla Dawn Cameron was one of the first people I “met” online when I joined Twitter (back in like…2007). I don’t recall now if it was a friend of a friend thing or how I found her, but as much as I bemoan the current state of the Twitterverse, I have to admit that it brought me to some of the most amazing people–including Skyla. 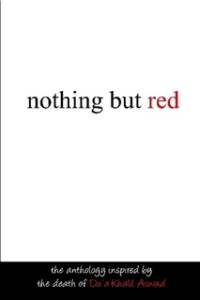 She was always willing to offer words of encouragement and advice (and I still look to her for those things to this day.) I was ankle-deep in the muddy waters of submission (but thinking I was drowning) when she put out a call for art, stories, and poetry for a charity anthology. As much as I dreaded submitting anything else to anyone…ever, I wrote a poem about when I was date raped in college and sent it in. With all the rejection I’d been dealing with, I expected the poem to go nowhere. But then in March of 2008…I got an acceptance letter from Skyla. I cried. We’re talking ugly, crocodile tears.

It was the first time in this business where I felt as if someone believed I was good enough.

And that was the push I needed to keep going.

Regardless of writing all the time, I didn’t get another acceptance letter until 2010. But whenever I had any doubts, I would remember that this amazing person…this author and editor believed I was good enough.

Of Course I Try (now available in Tales of the Blood Kissed) came out in August 2010 and before the end of the year, I had released another short story and a novella, with another novella and a full-length novel on the way before summer. What I also received shortly thereafter was an invitation to join the Evil League of Evil Writers. I’d been reading the ELEW posts avidly (I don’t remember if I commented much), so I jumped at the chance to become a member. It was strange in a way. By that time, I had more than half a dozen contracts under my belt, but that invitation–to an established and respected group blog–felt like I’d reached the level of “real author.”

A few months later later (after taking some major career and emotional hits that most people didn’t know about), I submitted Kiss of Death (the first novel-length follow-up to that original short story credit) to Mundania Press. Upon its acceptance, Skyla became not only my friend and evil colleague, but also my editor and cover artist. She took a series I was certain was about to suffer an untimely demise and granted it new life (along with probably my favorite cover art ever).

Through so many steps in my career, she’s been my touchstone. She’s the person I come to when I need to remember that I can do ALL THE THINGS. There have been times during the past couple years–during my divorce and subsequent move, being sick with a mystery illness for months and months, being swamped with work and burned out beyond belief–that I thought about quitting the Evil League of Evil Writers. I won’t lie; it felt like the ONE TOO MANY THING(s) that would end up breaking me. But every time I went to Skyla to talk about it, I never quite followed through. And I’m glad I didn’t.

Because those conversations with her remind me time and again that one can’t quit being evil, it’s not allowed. Nor is it really possible. So much of my internet presence is moderated for one reason or another. Here…I can be the evilest bitch in Evil Town.

If Skyla and Dina let me.