Greetings, Evil Doers! We’re hitting the end of the ELEW anniversary celebration. Today I bring you a guest post from our Bad Horse of the ELEW, Patron Saint of Evil Writers everywhere, Lilith Saintcrow!

ELEW: You manage to juggle two if not three projects at once, often putting in word count on all of them daily, and in different genres at that. How…how do you accomplish such SORCERY? 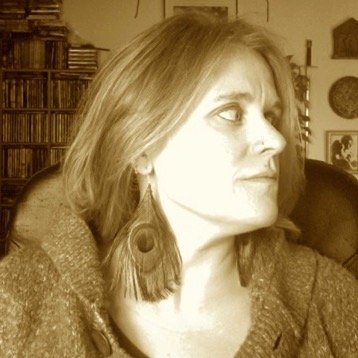 My response, when Skyla told me the ELEW was having its fifth anniversary, was something along the lines of “Christ has it been that long? I’m old.” Which is pretty much my response to everything, now that my kids are both teenagers.

I am aware of very few groups whose bullshit quotients are low enough for my tolerance. ELEW has always been one of that small number ever since its inception, and I couldn’t be prouder to be their Bad Horse.

“How do you juggle projects in different genres?”

Answer: sort of how a lizard juggles chainsaws. Carefully, but without overthinking, and confident that amputations are not the end of the road.

I like the freefall-feeling of shifting from a tongue-in-cheek schoolmarm-and-sheriff zombie Western to a bloody, terrifying scene where an alt-historical Victorian detective has a heart attack in the sewers of a nasty, carnivorous London. I like shifting between horror and romance, hilarious laughter and stark terror.

Parenthood, you could say, has given me a taste for such things.

That being said, here are three things that help me perform that mental gear-shift (hopefully) without running headlong into a brick wall. (Much.) 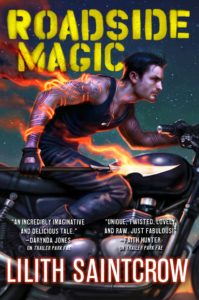 The commonality in all these strategies is hacking your mental and emotional state to get you reliably in sync not with the project you’ve just finished working on, but the one you want to work on next. You can use just one, or all three at once—I have often walked down my hall blasting a badass song while shouting a character’s lines just to help the gearshift inside my head drop into place.

This brings up one other quick thing I wish more writers took into account: that mental and emotional energy you’re using to write, to get yourself into it? You have a finite amount of it each day, which means you must shepherd and guard it carefully. Working on more than one book at a time, often in wildly different genres, means I have to be vigilant and absolutely ruthless when it comes to guarding my writing time/energy.

Yes, that means I sometimes have to be a bitch about it. Quelle surprise.

Even if you only have ten minutes a day to work, those ten minutes are yours, and deserve to be guarded like that three-headed beast guards the gates of Hades—with a lot of teeth.

And if there’s one thing I know you ELEW types have in spades, it’s determination and sharp pointies.

Thank you, Bad Horse! Writer types who want to write for a living, you’ll do well to listen to her.

Lili’s most recent series is Ragged & Gallow, which you can learn more about (and buy copies of!) here.