You are here: Home / blog / Like the Corners of My Mind

Can you trust your memories? And can you use tools to summon them if need be? Invoking memory is part of writing, imagination is forged of gathering scraps of knowledge you already have and then mixing them up into a brand new form—a story. So memory always comes into play in some aspect. I’ve been focused on this a lot lately, as for the past couple years I’ve been writing kids/young adult books under a pen name, so have had to delve into the mindset of my younger self in order to create, for example, a believable twelve-year-old girl.

Now of course, depending on the time period and setting, things could be a whole lot different externally than when I grew up. We didn’t have cell phones as preteens or a thousand other variations that would appear in a contemporary setting. But I believe strongly that while technology and the world we live in might change from generation to generation, people don’t change all that much. So in order to get into the mindset of a young girl, I dig deep and think of specific triggers to recall how I was feeling at the time: about myself, the world, the future, other kids, everything. 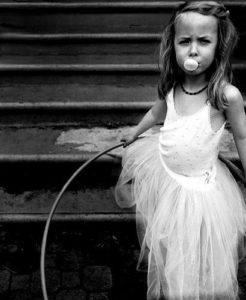 The old five senses come in handy here, and you can easily activate them if you feel like you’ve got too many cobwebs in your brain, by coming up with a few small specifics to focus on. A certain song that was popular at the time can trigger emotional memories to help get you in the mindset. Smells—which at that age were usually dominated by bubble gum, lip gloss, and powdery scented perfume. Or blueberry bushes on a sea breeze, like in the beach town in New Hampshire where I lived when I was little. There were tons of candy stores for when tourists came in the summer, so I recently picked up a packet of Pop Rocks, letting the familiar sizzle happen in my mouth, the feel of the candy crackling against my tongue, the flavor, the sound of it. And bam, I was back in time.

Suddenly I could remember longings and angst and concerns that consumed me at the time. The rubbery feel of cheap flip-flops sticking to hot road tar as I walked to my friend’s house in the heat of summer. The way a cold grape soda from the corner store was like heaven on a hot day. A crush I had on a neighbor boy far too old for me, and how much I hated school, and dreaded its return at the end of the season.

Memory is powerful, and even if you’re not writing young adult fiction, it’s good to note that memory is the foundation of imagination. So instead of scrabbling and straining to pull a story out of thin air, take a few familiar details from your own experience to paint a foundation, whether it’s physical or emotional. Because we’ve all got that bag of tricks hiding somewhere in the old, moldy recesses of our brains. Might was well dust it off and give it some use!