This blog post is brought to you by the letter P, for panic, and the letter D, for disorganization.

I completely forgot I had an article due, and thus my long worked on, yet surprisingly short article on the Russian martial art SAMBO is still unfinished.

I forgot mostly because I’m about to leave my New Zealand home to travel to the USA for the first time since I was a teenager. Last time I mostly remember Disneyland, eating too much and getting horribly sunburned.

This time I’m going to go and meet some interesting writer type people at Worldcon Science Fiction convention. I’ve never been to a writers’ convention before and I’m not 100% sure what to expect. 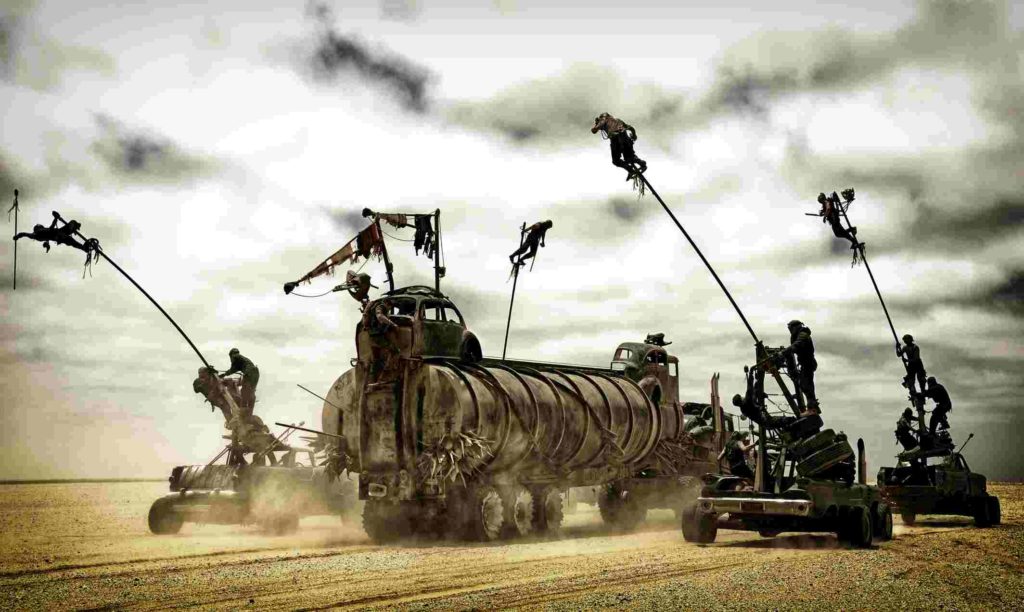 This right? Mostly this.

I’m not as prepared as I’d like to be. I have a finished novel, but I’d hoped to have two done and dusted before I left. Over the last couple of days I’ve been kicking myself for not being more disciplined, which brings me to the point of today’s post.

I’m not sure if my experience is true of all writers, but it’s certtainly true of this writer, in that if I have a lot of stuff to do, I get overwhelmed by it all and often end up doing nothing.

What does help is something called an OODA loop. A Jiu Jitsu instructor named John Will taught it to me but its importance to writing never really struck me until today.

OODA loops were invented by Colonel John Boyd of the US Airforce as a way of making decisions in the heat of combat, often at a strategic level. I’m about to grossly oversimplify his method and twist his words to suit writers, so for a proper look at OODA loops check out the Wikipedia entry here.

Step one is Observe, and it kind of has to be. If you don’t know where you are or what you’re doing, it’s hard to make a decision. So take a long, honest look at your current situation. Have you been writing as much as you wanted? If yes, awesome, on to step two. If not, why? What else is going on in your life right now? Get a good, realistic baseline for where you’re at. For the VAST majority of people you are neither as badly off as you fear or in as good a place as you’d like.

So, observe. Don’t lie to yourself. Don’t catastrophize and don’t gild the lily either (there’s a cliche I haven’t wheeled out for a while). The whole point of this step is to get good information to base your decisions from, it doesn’t work if it’s not real.

Once you know what you know, and you know how you feel about what you know you need to make a decision about what to do next. If you did steps one and two correctly hopefully there are one or two good options that present themselves. Sometimes there are no good options but there are less bad options. A decent example would be that I right now am about to go overseas with one book in hand. I have good friends waiting to meet me at WorldCon, and there are I hope lots of good fun people to meet.

I hope they brought the silver paint. No way I’m getting that on a plane.

My decision is to stop worrying about the unwritten book to meet as many people as I can at the con, and not fret too much about throwing said book at anyone unless they are really interested in hearing about it.

After the decision is made, all that’s left to do is act. Sounds simple, often isn’t. Act doesn’t mean to just do the thing you decided to do as hard as you can and hope for the best.

Act really means ‘Test’, but OODT isn’t as good an acronym as OODA.

For example if you decide that you need to write ten thousand words per day and you start out with a hiss and a roar, but six says later you wake up in a pool of dried tea and discover that you have in fact eaten forty seven pages of your new dictionary, then your decision about how to act was probably flawed.

Probably. Maybe the dictionary was delicious.

The Act phase feeds back into the Observe phase, which is why it’s called an OODA loop not an OODA linear progression.

You observe how your plan is working, orient yourself as to how you feel about the results, decide on a new plan and then act so you can test the results.

It helps break the cycle of getting wound up about how much you are or aren’t doing. It can help you to make clearer decisions and more importantly it can get you back to writing if you’ve hit a wall.

So, if you’re stuck and coming down hard on yourself for it, take a step back and make a blunt, rational observation and take it from there.